How Sleeping Early Is Good For Health?

Do you feel that being a night owl is cool? No, it is not. In fact, according to research, people who tend to sleep late have major health-related problems compared to those who sleep early. Well, if you are into sleeping late, then you need to change this habit of yours. You need to opt to sleep early because sleeping early is good for health. For us, humans, sleeping time of 6 hours is enough to carry out our daily errands. Our sleep is divided into several sleep cycles, and each sleep cycle is of 90 minutes. Waking up between a sleep cycle can make you feel dizzy, and less energetic all day. It is vital to have 4-5 sleep cycles a day. Let’s discuss some of the benefits of sleeping early.

Maintaining the number of calories you have in a day is very crucial. You need to make sure that you neither go beyond the limit nor below it. Poor appetite is generally seen in those people who do not sleep early. Disrupt sleep pattern leads to an imbalance in hormones that controls the appetite. Sleep deprivation can cause an increase in levels of ghrelin, which tends to increase your appetite. Similarly, sleep deprivation can also cause a decrease in the levels of leptin, which can suppress your appetite. So you need to sleep early and have an adequate amount of sleep.

Helps In Losing Weight: Sleeping Early Is Good For Health

Losing weight is not only about exercising and eating a healthy diet, but also about the amount of sleep you have. The research was concluded on a group of people, divided into three categories, an adequate amount of sleep, more sleep, and less sleep. It was found that people who had enough sleep didn’t seem to have any gain in weight. But the other two categories, i.e., less and more sleep, faced an imbalance in their hormones and experienced an increase in weight. So, if you want to lose weight, then you need to have an adequate amount of sleep.

Increasing efficiency, productivity, and concentration is a result of good sleep. People with early sleeping habits and having an adequate amount of sleep are known to be more productive and efficient than a night owl. Your work performance, ability to concentrate and learning power all are affected negatively with sleep deprivation.

My teachers have always told me that studying or leaning something before going to bed can make you memorize it better. Well, there’s a strong reason for the same. While sleeping our brain projects our memory that we had all day. And if we learn something new before sleeping, then that will be a fresh memory for our brain.

According to a study, it had been found that sleep deprivation is a cause of type 2 diabetes, as well as heart problems.

A research was conducted on people having less sleep consecutively for a week. Later it was concluded that these people featured the increasing risk of type 2 diabetes as well as various heart problems.

These problems were later seemed to resolved after these people had enough sleep.

Sleeping more than you required can make you lazy. Well, there is no reason why it is so. It had been seen in a group of people who sleep more than required are lazier than those who have an adequate amount of sleep.

If you are in the habit of sleeping late and not having enough sleep, then try to overcome this problem. Sleeping early is good for health, and make sure that you imbibe this habit in you. 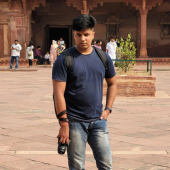 Do These Unhealthy Habits Destroy Your Hair? Stop Doing Them Now

How Sleeping Pattern Affected My Productivity?

Healthy Lifestyle: Tips And Tricks To A Happy Life